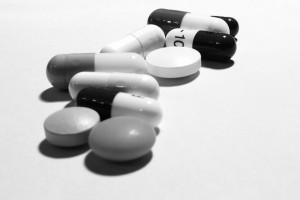 Are Medications to Blame for Skin Reactions in Diabetic Patients?

There are several new classes of second and third line diabetes treatments, but experts warn each are associated with specific cutaneous side effects ranging from mild to very serious.

Dipeptidyl peptidase-4 (DPP-4) inhibitors are a newer class of oral diabetes drugs prescribed for patients with type 2 diabetes who have not responded well to first-line treatments such as metformin. Several small studies have found links between these drugs, also known as gliptins, to several serious adverse skin reactions including Steven Johnson syndrome and bullous pemphigoid, a potentially fatal cutaneous autoimmune blistering disorder.

GLP-1 agonists (glucagonlike peptide–1 receptor) and sodium-glucose cotransporter–2 inhibitors (SGLT2) are two other new classes of antidiabetic medications that have been linked to skin reactions. GLP-1 agonists are usually administered subcutaneously and have been associated with injection site reactions in up to 20% of treated patients. SGLT2 inhibitors have been linked to candidiasis in about 10% of patients. Most of these cases are mild, episodic, and successfully treated with topical or oral antimycotic therapy.

In a presentation at the World Congress of Dermatology, Dr. Justin Endo from the University of Wisconsin–Madison said that by knowing the specific side effects associated with each drug, dermatologists can help recognize and potentially prevent their cutaneous side effects.

Adapted from the press release and original article.