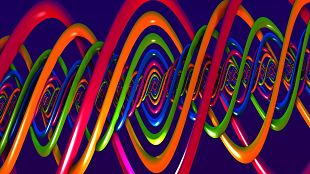 Along with factors such as sunburns in childhood and adolescence, skin pigmentation plays a role in the risk for developing melanoma. As research solidifies the contribution of each factor, the questions remains as to whether skin pigmentation phenotype is an independent risk factor or is more dependent on UV-radiation (UVR). The most important gene affecting pigmentation, which determines each individual’s phenotype (and melanoma risk), is the melanocortin-1 receptor (MC1R). Studies in mice have strengthened the evidence that there is a pathway to melanoma development that is related to the genetic background of an individual rather than a sun-induced pathway. To further tease out the contribution of each risk factor, a case-control study including 991 patients with melanoma was conducted.  Gene sequencing for MC1R was done for each participant and the risk factors that represent past sun exposure were documented.

The results showed that melanoma risk was significantly increased with the number of MC1R variants. Those patients with two or more MC1R variants had a 2-fold increased risk of melanoma compared with wild-type carriers even after statistically controlling for past sun exposure.

The authors conclude that although UVR exposure is the most important exogenous risk factor for melanoma, the genetic background of an individual is gaining importance as different genetic variants are identified. Divergent roads to melanoma mean that even with modest levels of sun exposure, individuals with certain MC1R mutations have a high risk of melanoma. The authors note that recent reports reveal a survival benefit in patients with inherited MC1R variants, suggesting that pigmentation genes might not only affect melanoma risk or onset of melanoma but also prognosis.