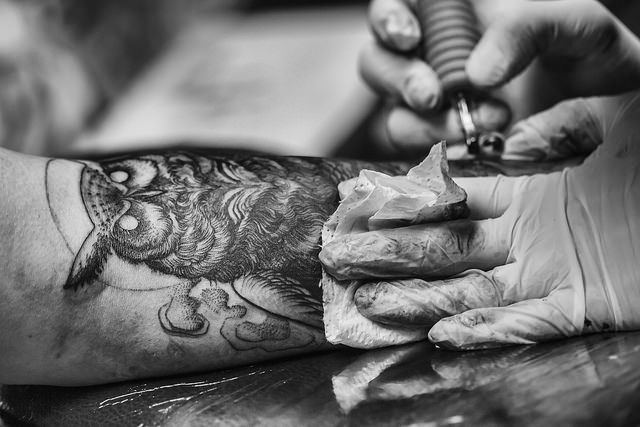 One out of every five Americans has a tattoo, but there is scant literature on whether tattoo pigments may cause acute or chronic allergic reactions. There are several European studies that suggest that tattoo reactions may be common, but little research has been done on tattoo reactions in the U.S.

In a recent study published in Contact Dermatitis, researchers administered a survey about adverse tattoo reactions to 300 randomly selected tattooed people in Central Park, New York City. More than 10% of those surveyed reported experiencing an adverse reaction to the tattoo, such as itching, swelling or a rash. About 6% experienced a chronic reaction lasting longer than four months. The color of the tattoo may play a role in the reactions. Forty-four percent of color-specific reactions were to red ink, while 25% of chronic reactions were to black ink, which was less than expected based on the number of respondents with black tattoos (90.3%).

The FDA does not currently regulate tattoo ink or its components. However, the use of heavy metals (such as mercury or lead) for cosmetic purposes was banned in the 1970s. Synthetic organic pigments, such as azo dyes and polycyclic compounds, are now more frequently used for tattoos.

Despite the limitations of this study, especially the self-report method and the convenience sample obtained, the results suggest that reactions are relatively common. The authors note that many steps have been taken towards stricter regulation of tattoo inks in Europe over the last decade, but the regulation and investigation of tattoo safety in the United States is not as developed.