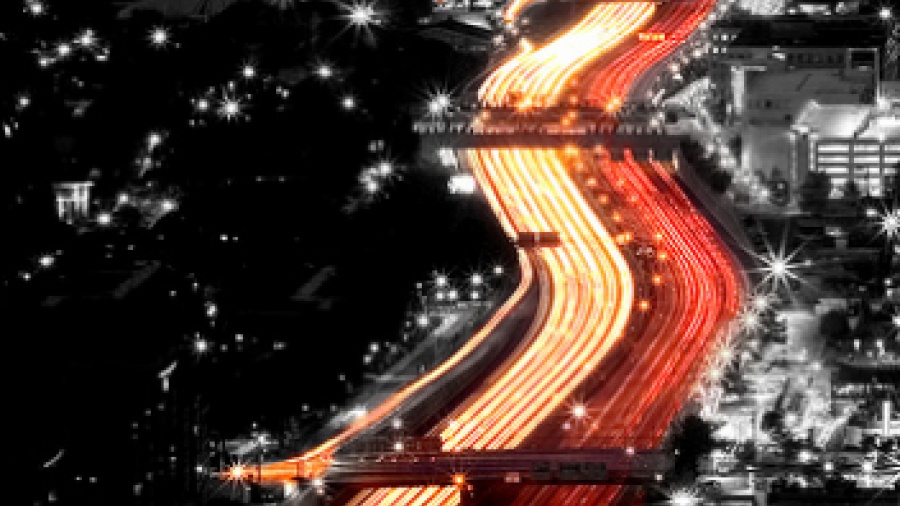 A study conducted with 400 German women between the ages of 70-80 tracked the effects of air pollution on the skin.  The amount of air pollution exposure was measured by the distance between the individual’s home and nearest roadway carrying over 10,000 vehicles per day.

Through further animal and in-vitro human skin studies, doctors have found that these wrinkles form due to a degradation of collagen in the dermal matrix.  This happens when the polyaromatic hydrocarbons in traffic soot activate the aryl hydrocarbon receptors, increasing metalloproteinase-1 activity, which causes the collagen degradation.   Aryl hydrocarbon activation also catalyzes melanocyte multiplication, causing formation of pigmented aging spots.  There is hope that an aryl hydrocarbon receptor antagonist can be used on the skin to help prevent extraneous skin aging.

Beyond the Skin Effects

Fine particulate polyaromatic hydrocarbons found in high-traffic areas have been shown to cause more than just adverse skin effects.

The study discussed above also linked exposure to traffic-related air pollution with increased risk of type 2 diabetes.  Studies show that nanoparticles in traffic soot move from the upper respiratory track to the systemic circulation and cause inflammation in organs such as the pancreas.  1,775 healthy women (nondiabetic) between 54-55 years old participated in a study that took place between 1985 and 1994 in Germany.  The follow-up investigation was conducted in 2006.  Between 1990 and 2006, the study found 87 new cases of diabetes, and hazards for traffic-related exposure increased by 15-42%. Subclinical inflammation was associated with nanoparticle air pollution and was a strong predictor for the onset of diabetes.  Researchers found that women with more subclinical inflammation had a higher susceptibility for diabetes in relation to traffic-related particulate matter.